Time, Space and The Photographer : Maciej Dakowicz and his Street Photography

Time, Space and The Photographer : Maciej Dakowicz and his Street Photography

In photography, time hangs in the air. Like a teardrop in the corner of someone’s eye might remain static until at last it drops, that, for me, is the moment the decision is made and the shutter depressed. The moment the photographer creates that frame. The very second they make time stand still.

It is an interesting concept that photography captures that very instant in the progress of a person’s life…whether that be on the streets of Cardiff, Bangkok, or the backstreets of Mumbai… Anywhere in fact.

I wondered how Maciej Dakowicz might describe his work?

“Gosh, that is a difficult one,” he said thoughtfully. “If you go through my photos you will probably notice some common features. I think I am quite a traditionalist, I am not breaking any new ground. I like clean and aesthetic pictures, there must be some order in them. The background is very important, subjects must be well defined and…visible. I don’t like overlapping people, I pay a lot of attention to so-called ‘separation’. I do not use flash, and do not do much post-processing, so I pay a lot of attention to the light, I think my work is also consistent, all photos are in colour. I can easily mix those taken 15 years ago with those taken last month and no one would notice.”

It is interesting that Maciej refers to time and the passage of time.

What, we might ask, has happened – as time progresses – to the two men who stand at the counter of a shop waiting, we presume, to be sold refreshments?

The man in the light green check shirt looks as if he has a bottle of Coke coming from his pubic region, which a lady on a poster has grabbed and is now drinking. We could go wild with metaphors – of vampires, perhaps, in the form of the great corporation sucking us dry of cash? The huge hand which has grabbed the man where it hurts, could be metaphor for how the ad industry controls and manipulates?

There are many connotations that can be associated with this photograph, social, economic and sexual…

Candid, certainly of the moment, funny, full of innuendo, of course, but, in the end, the very end, it is iconic street photography.

“I am a big fan of a little word called ‘twist’, which takes a picture to a new level,” he tells me. “It could be an expression on somebody’s face, similarly dressed people in the opposite corners of the frame, a flying ball out of nowhere above peoples’ heads, or an unusual shadow. Basically, something special, unusual, quirky, transforming a mundane scene into a street photo. If I was out looking for a twist all the time, I would get back home frustrated most… days. So, I don’t call myself a street photographer, I just take pictures in the street and sometimes I get lucky getting a street photo.”

Known for his documentary series, ‘Cardiff After Dark’, which actually, for me, crosses happily between the boundaries of documentary and street photography, this series of shots of the Welsh capital’s nightlife is a statement of ‘a’ time and as time unfolds.

Cities not only manifest themselves as the combined and collective personality of those who populate them, in some Jungian sense, but also of time. Cardiff is no different.

Sitting at night in a bus stop munching happily on paper wrapped food, the floor completely littered with the debris of the evening’s desperate binge. A police officer with his baton drawn and raised stands over a man being held by his colleague. A man scantily dressed as a woman wearing a pink hat clambers over a railing.

You can’t mention Dakowicz without mentioning ‘Cardiff After Dark’, of course, but a great deal has been written about these photographs and we are not going to revisit.

What I do want to do is get behind the man’s eyeballs and gouge out the meaning he seeks in his work.

“There is no particular thing I am looking for,” Dakowicz confesses. “I simply react to the surroundings, to the situations I find myself in. I improvise most of the time. I shoot a variety of subjects – daily life scenes, details, portraits – whatever catches my attention. Somehow I am able : ‘to smell a picture.’”

It is an interesting way to describe intuition, gut feeling, instinct, rare moments in time…

“However I… admit I am obsessed with complex, layered photos with multiple subjects spread all over the frame,” He continues. “I spend a lot of time shooting them, trying to get nicely separated people with visible faces – praying, at the same time, for something exciting to happen and… I fail most of the time. It is so hard to get everything right, but I enjoy the challenge. Then I keep on reminding myself: ‘Simple is good, take simpler photos.’ I think my success rate is much higher when shooting scenes with a single and well-defined subject than those complex ones.”

In another street photograph, a man with his back to us and standing in front of four blown-up posters of the same woman (apparently an advertisement for Anmol biscuits) – never skimp on the detail – and a parking bay of motorcycles, relieves himself.

A disrespectful act, an anarchic act, is the man making a statement to the ad companies, or mass produced motorcycles, or, even simpler, is his bladder simply full and he wants to avoid an accident? And, of course, accident resonates nicely with the idea of motorcycles…

“I discovered photography in early 2000’s when I was 25 or 26,” Maciej revealed. “I was living in Hong Kong working as a researcher at university doing programming. It was quite exciting to be there, and I just wanted to take photos of this fascinating place to share it with my family and friends. That’s when I bought my first ever camera. It was a basic film SLR camera, as digital photography was a real novelty at that time.”

From such simple beginnings he was soon hooked.

“When digital cameras became more popular and more affordable I got one and soon started sharing my photos on the Internet,” he explained. “I quite quickly got addicted to the TrekEarth website, where people post travel photos and comment on them. There I learned that photos can be composed, [and about]… aperture and shutter speed. There I found out about… ‘the decisive moment’.”

That instant, when the photographer captures one frame of time in ongoing history.

Maciej completed his PhD (in computer science) and while in Cardiff had success with ‘Cardiff After Dark’ which became a book in 2012 published by Thames & Hudson. After living in Mumbai and Bangkok, where he delivered photography workshops, Dakowitcz returned to his native Poland last year.

“I still travel a lot,” he admitted. “When I am back at home, I am busy planning and preparing future workshops and also editing photos. I am lucky that I managed to find a way for my passion to become my job. I do for a living what I truly enjoy doing.”

He is in, what some would call, the flow of life, that part of the journey where you don’t do a job or a career but something that is at the very core of your being.

“I have been doing photography for so long that I don’t know what else I could be doing, it is my life,” he added. “I am in the middle of the photography world, my life revolves around it. I read about new cameras, photo books and exhibitions, I follow new projects from other photographers, participate in photo competitions and as participant or a judge. I live photography.  Also most of my friends in real life and on the Internet are related to photography too.”

It is his elected journey, his moment in time and space, like the photographs he creates capture both him and his journey, as well as his subjects.

Maciej shoots every day when travelling and working on his photography workshops and can create as many as 10,000 photographs per week. He is, he informs, still going through photos he took in 2018.

“The images I make are rather random,” he says of his present work. “But there are recurring themes and locations there. So at some point I will sit down and see what I could do with all the photos I have taken during all these workshops. For example, I have been many times to India and Myanmar and I probably have enough material to make books about these places.”

Maciej Dakowitcz struck me as an open, frank individual with that Faust-like inclination of giving over his soul to his calling.

But away from the psychosocial noise and the time-laden nuances of his journey – his work is striking, simple as that. 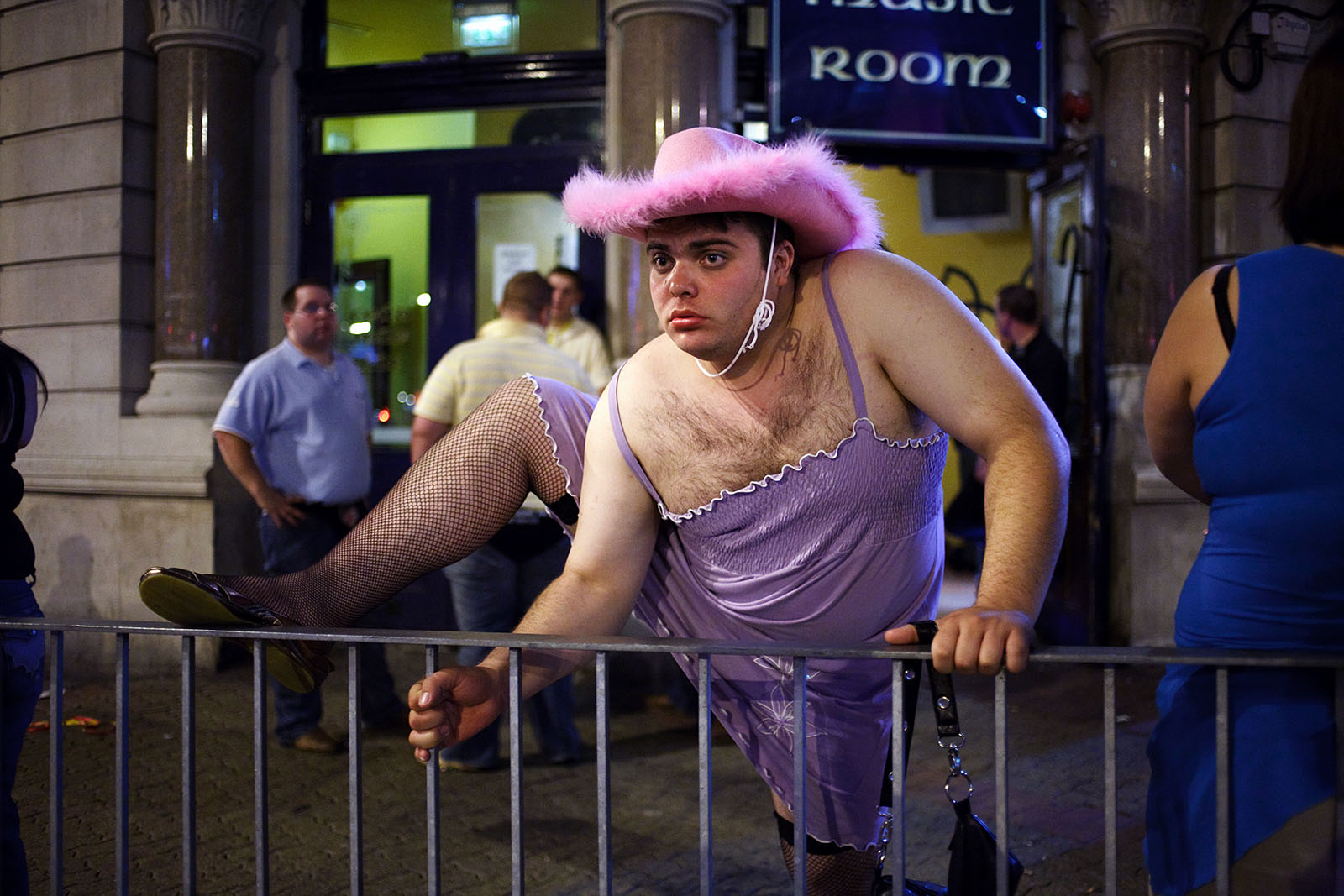 **Maciej Dakowitcz is an official Fujifilm X photographer and uses Fujifilm equipment. His first Fuji was an X-T2, later upgraded to a X-T3, which has operated as his main camera since October 2018. He uses only two lenses, 23mm f/2 and the kit zoom 18-55.

Great Sunday Reads in Photography – News For You Login to Reply